Posted on October 6, 2011 by radiofreemarket 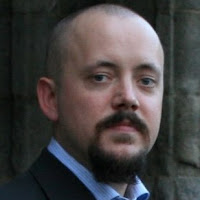 In a recent article in the American Spectator Samuel Gregg writes about Sweden and America. His main point and conclusion is that even if Sweden is not perfect it is moving towards a free market and that America is moving towards Socialism. He also points out several "free market reforms" in Sweden during the last decade.

I am sorry to say that Mr. Gregg is simply wrong. I am not surprised that Mr. Gregg has drawn this conclusion because the misconceptions about Sweden are well spread over the world and we meet it everywhere.

First of all I must give Mr. Gregg some credit that his analysis of the historical facts and background is correct. I would also like to give Mr. Gregg some more credit for describing Americas way towards Socialism, and if you continue on this path I am afraid that Sweden will stand there and welcome you to the “paradise” of Socialism.

Yes it is true that the income tax has been decreased somewhat but it is the a form of a deduction, and if you ask me it will only be temporarily. To receive a net salary of $3,448/month on your account $2,550/month already has been paid in taxes (In this income bracket you only pay tax on the municipal level, above $4,560/month you pay an additional 20% and over $6,466/month an additional 25% tax to the state.).

Oh wait there is more, if you choose to consume your hard earned money you pay another 25% sales tax on consumer goods. So of the originally $5,998 that the employer has to pay for you to receive a net salary of $3,448 only $2,758 remains after consumption with a sales tax of 25%. This is of course if you didn’t spend your money on some goods where there are special taxes like alcohol, tobacco etc (the gas tax is around 60%).

The total tax burden has decreased by 3% from 48,9% 2005 to 45,9% 2010. To call this a liberalization is a slap in the face of the people who are slaves under a socialistic regime. To watch them brag about how they reformed Sweden is a mockery of true freedom. We don’t want their candy, we want real freedom.

The next misconception is that Sweden accelerated privatizations of once-state owned businesses. It also permitted private providers to enter the healthcare market, thereby introducing competition into what had been one of the world’s most socialized medical systems. This would be great if it is true but it is simply not the truth at all. The so called Swedish privatizations mostly consist of hiring companies to perform socialized healthcare. So what we have instead is a single-payer and a voucher system. Predictably, the arising problems are blamed on the free market and capitalism. And the solution? The solution is always a call for more state.

The biggest misconception in Mr. Gregg’s article is this:

State education and electricity monopolies were ended by the introduction of private competition.

All education in Sweden is state education. Yes there are private companies but again they have to operate under heavy regulations and rules [and follow the state curriculum]. And again it is a single payer system where they care nothing about the real clients because the payer is again the state. In 2010 Sweden also forbid homeschooling, Hitler Germany also did this 1938. As far as I know Sweden is the only democratic country in the world that has forbidden homeschooling. The ultimate effect of this is that the social services take your children from you if you choose to homeschool. Please read more about it here, here and here. Ask Domenic and his parents how they felt when their child was taken from them by brute force when they tried to escape Sweden and the ban against homeschooling.

What Mr. Gregg also doesn’t mention or what he might not be aware of is the massive amounts of new laws that has been legislated related to surveillance and other laws affecting personal freedom. The state gets even more oppressive every year, it is important to see through the deception when they wave some candy in front of you to make you forget.

We can’t let Socialism get a safe-heaven not even in Sweden and certainly not under a new disguise were it is called liberalization. Oppression is oppression and Socialism is Socialism so let us start by calling things for what they really are. The new “right-wing” government is as socialist to the core as the old, ”left-wing”, one.

In a recent freedom index about economic freedom in the world Sweden was ranked as number 39 (America is back at 10th place and Hong Kong is still holding on to the first place). It is true that our ranking has improved since the seventies and the eighties but our ranking is actually worse than eight years ago. This means that we have gone in the opposite direction with our recent government. Of course you should always be cautious when reading data like this but you would think that these liberalizations would improve our ranking if they were so great. And by the way Mongolia, Montenegro, and Zambia are ahead of us in this index.

From my point of view you can take everything I own, I won’t like it but I will survive. But what is even worse is when you further restrict my freedom, tighten the grip of our children’s mind with socialism and state education and invade my personal integrity even more. So spare me the candy in the so called “reforms”, I want real freedom not your deception so you can travel around the world and brag about your “liberalizations”.

If you care about freedom, please stop spreading these lies and misconceptions. In Sweden we still have the same old enemy and that is Socialism. We need to crush socialism and statism, end the state parasite and cleanse it out of our society before it devours ourselves and our children.

This entry was posted in World Report. Bookmark the permalink.