Posted on October 17, 2012 by radiofreemarket

by Godfrey Bloom, member of the European Parliament 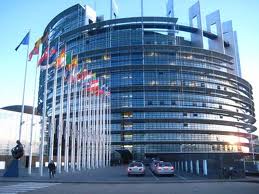 History’s greatest propagandist, what a singular honour, Josef Goebbels warned all politicians if you wanted to lie to be believed it had to be a whopper.

The Nobel Prize committee have certainly hauled this one on board. I have watched in wonder as they award some of the most extraordinary recipients often economists, wrong on a truly awesome scale often not even in hindsight, intellectually and academically discredited as they mount the podium. How the early scientific winners must spin in their graves. I thought I had seen it all when they awarded Obama a peace prize, one can only assume the committee now consist of some reincarnation of the Marx Brothers. Dull though it may be it is worth looking at this on a bit more detail.

Nobel Committee President Thorbjørn ‘Groucho’ Jagland was good enough to acknowledge the EU’s problems but clearly there is no fool like an old fool! EU Commission President Manuel Barroso twittered his delight as he slid the cheque into his pocket, presumably to fund the next boondoggle.

BBC Europe’s correspondent Matthew Price was equally tickled but only queried the timing. But I suppose if your ultimate boss Lord Patten is an ex commissioner whose pension depends on your towing the line he would wouldn’t he? I suppose if young Matthew did not have the EU he would have to get a real job, perish the thought!

By the by, what about NATO? All those nights I spent freezing as a young officer on the inner German border don’t seem to count. Gissa medal, please!