My letter to the Wall Street Journal re: You must dig deeper

Posted on December 18, 2012 by radiofreemarket 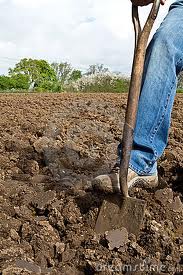 Re: How Big Deficits Became the Norm

“But the size and trajectory of the federal budget can be boiled down to three  basics: the economy, spending and taxes. “

Dear Sirs: Sorry, but your quote above does not dig deep enough.  Deficits have become the norm, because the Fed monetizes the government’s debt.  The unholy alliance between governments and central banks is entirely responsible for out of control spending by governments and unprecedented budget deficits.  Under sound money, a government must fund its operation either from taxes or honest borrowing in the bond market.  This places a natural limit on government spending.  But fiat money, issued by central banks and forced upon the people by legal tender laws, allows government to avoid either of these unpalatable measures and pretend as if reality does not exist.  Government can spend as much fiat money as it desires.  And (Oh My!) its desire is unlimited!  Patrick Barron