The Inflationary Danger of Excess Reserves 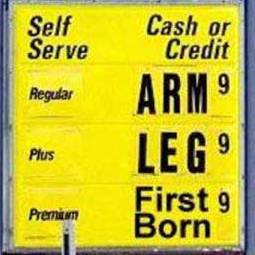 The Federal Reserve Bank creates reserves, not necessarily the same thing as money.  In fact, reserves are not counted either in M1 or M2.  Reserves belong to the banks themselves and are kept either in the form of cash in bank vaults or in a checking account, called a “reserve account”, at one of the twelve branches of the Federal Reserve Bank.  Most reserves are in the latter form.  As of March 31, 2013 total bank reserves were $1.811 trillion, out of which only $.051 trillion was in the form of cash in bank vaults.

Banks create money through their lending operations.  When they make a loan, they credit the borrower’s checking account rather than hand over actual cash.  This is important, because it explains the inflationary danger from the current mountain of excess reserves.  Banks always seek to maximize profit, therefore they seek to lend as much money as possible.  One of the constraints on their ability to lend is the amount of excess reserves they have to support the newly created checking account balances that emerge from their lending operations.  Without new reserves the money supply cannot grow.  But even with new reserves, money supply growth depends upon the additional step of bank lending.

The banks have three options for meeting their capital requirements: one, sell new capital; two, reduce the size of their total assets; or three, allow for retained earnings from their operations to slowly rebuild capital.  The quickest way out of their capital problems would be to sell more capital to investors, but this is difficult in today’s politicized banking market.  Therefore, despite the massive excess reserves, the money supply is unlikely to expand.  This is the reason that all the world’s central banks are seeing their newly created reserves simply become “excess” reserves on their own books.

The Arithmetic Potential of Excess Reserves

But, let’s calculate the potential size of the money supply SHOULD the banks start to lend more, which would move reserves from the “excess” category to the “required” category.  One way to do this is to assume that banks will utilize their reserves as efficiently in the future as they have in the past, eventually moving all reserves into the “required” category.  Since we know the ratio of current “required reserves” to M1 and M2 and since we know the size of total reserves,  we can calculate the potential size of M1 or M2 using the same ratios.

Remember, the banks want to make loans and they want to use all of their reserves as efficiently as possible to support their lending operations, of which a byproduct is an increase in the money supply.  There is no doubt that increasing the money supply to its full arithmetic possibilities would cause huge price increases, probably even hyperinflation and the collapse of the dollar as a desire medium of exchange.  Currently capital requirements prevent banks from expanding their lending and increasing the money supply.  But there is no doubt that the political elite view increased lending as a desirable goal to reviving the economy.  Where there is a political will, there usually is a political way.

The Fed’s determination to kick start the economy with injection of reserves has failed so far.  Let’s hope that the Fed comes to its senses and starts to pull some of these reserves from the system through sales of its own assets.  This may trigger increases in the interest rate, but so be it.  A recession is preferable to total monetary collapse, which is a real possibility should the Fed persist in its obsession with quantitative easing and the political elite find a way to release the banks from the constraints imposed by capital requirements.