Posted on October 12, 2012 by radiofreemarket 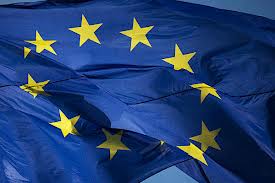 What could be more ridiculous?  The Nobel committee grants its “Peace Prize” to the European Union, as riots break out all over Europe in protest to austerity measures that are a direct result of unsustainable government spending made possible only by the EU’s flagship monetary tool, the inflationary and misconstructed euro.  Here’s just one example among many.  Earlier this week Greeks rioted over the visit to Athens by German Chancellor Angela Merkel, who is seen by the Greek citizenry as the cause of their financial plight.  You see, the Germans are reluctant to hand over even more euros to sustain the Greek’s overblown welfare state.  In Greek eyes that makes Germany responsible.  There is even talk of demanding German reparations payments for the misery perpetrated on Greece by the German army almost three-quarters of a century ago.  Oh, what a blessing has been the European Union!  It has created probably the worst continent-wide financial crisis since the 1930s and has rekindled animosities for which no living person is responsible.  But this is par for the course for the Nobel committee’s Peace Prize recipients, who have included terrorists (Yasser Arafat) and communist dictators (Mikhail Gorbachev).  Patrick Barron