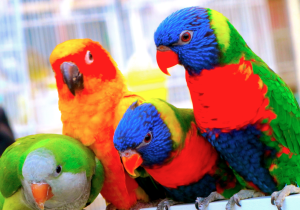 In one of my favorite TV series of recent times, Firefly, a future world is shown to be an amalgam of Anglo-Saxon and Chinese cultures, with the stars of the programme speaking alternately in English and Mandarin.

The series is set in 2517, when two governmental superpowers – the United States and China – fuse together. In doing so, they create an Orwellian world socialist government called The Alliance, which our heroes spend most of their time trying to fight against. The stars of Firefly also did this in their excellent spin-off movie, Serenity, which even challenged The Matrix as being one of the best freedom-based movies of modern times.

But will it take until 2517 before such ‘superpowers’ attempt to wrap us up in the girdling chains of a global socialist superstate? For in plain sight, and using the same Gramscian language as the ‘climate change’ lobby, governmental powers appear to be getting together already, to create a global paper fiat currency. It seems they have perpetual thralldom on their minds for the rest of us, and hope a global paper money will form the new chains.

To my mind, the oncoming storm of a global paper money collapse is certainly anticipated by the world’s claque of ruling bureaucrats.

Some conspiracy theorists might even say it has been planned, to fulfill the tenets of the phrase “from out of chaos, order”. However, I would step back from going that far. Though I do think freeloading deadbeats become rulers by observing the phrase, “never let a good crisis go to waste”.

As current ruling power is based upon paper fonts of wealth – such as the euro and the dollar – what will happen to our current rulers once these fiat currencies shrivel up and die? If I was in their gilded ruby shoes, the solution to me would be obvious. They must try to create a new global ‘super-money’ from the remains of their horrible paper scrips.

And now, from out of China, via a communist-sponsored conference, comes such an organizational attempt. They’ve even designed their own badge for our ‘new money’, which Keynes himself wished to call the ‘bancor‘:

“From Money Chaos to Global Currency”

Conspiracy theorists will particularly like to note the two media partners of the planned event, Reuters and the Financial Times, both of which have long been ‘linked’ to the whole Bilderberg and Trilateral Commission nexus of ruling cognoscenti networks.

Though whether such conspiracies exist, or whether this planned conference is just a sign of desperation from our ‘rulers’, a global fiat currency will only put off the inevitable collapse of paper monies off for a short while. For in the end, freedom and truth will win out. And real wealth-creating and wealth-storing monetary alternatives will emerge along with them, whether these are BitCoin, precious metals, or simple Agorist trading solutions, or possibly all of these mixed up together.

Our nervous governmental apparatchiks can play their well-funded games I suppose, and they will win a little time, especially when backed by their tax-fed intellectual cliques. However, backing pieces of paper by threats of government force never ultimately worked in imperial China. Indeed, whenever such paper monies broke down – taking various Chinese empires with them – it was always a time of tremendous progress within the Middle Kingdom. And so it will be once again, but this time for the entire world. When our current paper monies break down, including this new planned global paper money, we will see tremendous progress both for the onward movement for societal civilization and for the onward destruction of socialist barbarism.

This entry was posted in Money, News/ Lessons. Bookmark the permalink.