Taxing sunlight in Spain and rainwater in Australia

Posted on August 2, 2013 by radiofreemarket 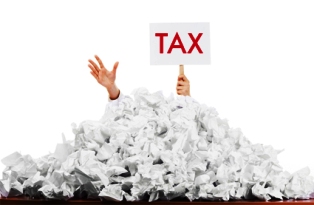 About ten years ago my wife, son, and I stayed for one night with acquaintances in a small town in Queensland, Australia.  They lived on a small property and kept a donkey.  They had built a small earthen dam to trap rainwater for the donkey and watering their garden.  Periodically a tax inspector would drop by, measure the potential volume of water that could be stored behind the small dam, and then send a tax bill for the potential water that they captured.  They were not allowed to bore a well on their property to access the water table below.  A neighbor did get permission for such a well, so my friend was going to run a pipe quite a long way to his neighbor’s well and buy water.  At the time there was even talk that the government would tax rainwater that fell on the metal roofs and was captured in large metal tanks that are seen everywhere in Australia.

This madness that even the rainwater that falls on your land must be taxed is little different, in my view, from the madness of the Spanish taxing sunlight.

Here is a report that I found discussing the earthen dam tax.