My letter to the Financial Times London re: The Myth of Public Sector Innovation

Posted on August 6, 2013 by radiofreemarket 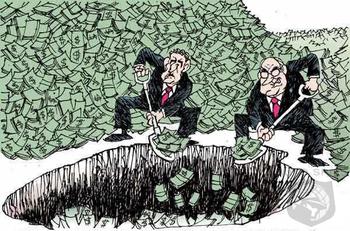 Dear Sirs:
Ms. Mariana Mazzucato’s book The Entrepreneurial State: Debunking Public vs Private Sector Myths is hardly the “brilliant exploration of new ideas in business” and that “government is behind the boldest risks and biggest breakthroughs”, as Martin Wolf writes in his patronizing review on August 5th.  Ms. Mazzucato makes at least four logical errors.  Number one, the most egregious, is that she picks successful projects, finds that the public invested at some point, and then draws her supposedly brilliant conclusion of public sector innovation.  But what about all the failures?  Let me name just a few–the fast breeder reactor, the supersonic transport, the all-electric car, wind power, and solar power.  Number two, there is hardly any research anymore that one cannot find some investment by the government.  Gosh, we should expect a success or two along the way, shouldn’t we?  Number three, she assumes that some innovations would never have emerged absent government investment.  This is simply a statement with no possibility of proof.  And perhaps we would have been better off without some of government’s supposedly successful investments.  For example, what did we really gain from our massive investment in landing a man on the moon?  (And please do not attempt to tell me of all the wonderful spinoffs from that exciting boondoggle.  I’ve looked them up and they are very pedestrian indeed.)  Number four, she ignores what Frederic Bastiat explained over a century and half ago in his great essay That Which Is Seen, and That Which Is Not Seen, .  Since resources are limited and all spending involves a choice, government spending preempts some other choice.  We do not “see” all the things that never were, due to the fact that government spent our money for us on something else.  We do not see all those things that individuals would have chosen to increase their well-being, such as better housing, schooling, clothing, and health care for their families.  Instead we see billions upon billions wasted on government boondoggles too numerous to list.  As a parting shot, if those government bureaucrats are such great entrepreneurs, what are they doing pulling down a salary in public service when they could be fabulously wealthy bringing us the next big breakthrough?  Patrick Barron