Posted on August 6, 2013 by radiofreemarket 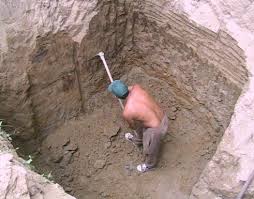 AS usual, the same, tired, myopic monetary bureaucrats fail to dig deeper into the cause of the euro debt crisis, blaming banks for accommodating subprime debtors.  But why would they do that en masse?  The real cause is the monetary regime of fiat money controlled in various ways by governments.  Central bankers create all the fiat money that politicians desire for their short term, feel good, bubble programs.  The money thus created is legal tender, meaning that it is ubiquitous with previously create money and can be used to finance government borrowing and pie-in-the-sky investments that will never turn a profit and must be liquidated eventually due to lack of real resources in the real economy.

We need monetary freedom, not more searches for monetary criminals.  Get governments out of money production via central banks, and return money to the free market, where good money will drive out bad and boom/bust cycles will end.